I Am the Official Mascot for the National Music Festival…

Below is reprinted The National Music Festival’s press release:

National Music Festival at Washington College is pleased to announce that Nora the Piano Cat has now become its official mascot. 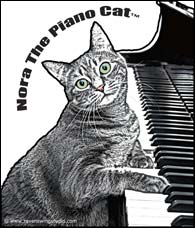 “We are excited to welcome Nora the Piano Cat into our family at the National Music Festival at Washington College,” says Caitlin Patton, Executive Director of the Festival. “This is a huge opportunity to excite and bring new audience members to concert music.”

Festival Artistic Director Richard Rosenberg conducted the U.S. premiere of the “CATcerto,” written for Nora and orchestra by Lithuanian composer Mindaugas Piečaitis, in 2010 in Hot Springs, Arkansas. The piece has been performed multiple times throughout the U.S. since then. Last year at the National Music Festival, Rosenberg conducted it again, this time with Betsy Alexander and Burnell Yow!, Nora’s personal assistants, in the audience. It was their first time hearing it live.

“We had heard and seen the piece performed before on YouTube, but it was quite another thing to actually hear it performed live,” said Alexander. “All in all, it was an incredible experience.”

Patton and Rosenberg had the privilege of meeting Nora, Alexander and Yow!, and Mindaugas Piecaitis in August 2010.

“It was quite amazing to finally see Nora at the piano,” Patton said. “We enjoyed meeting her and interacting with such a sensational character. She truly is a feline diva!” 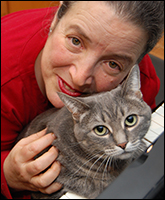 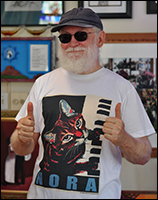 Nora was adopted nine years ago by piano teacher and composer Betsy Alexander, and artist Burnell Yow!. Alexander noticed Nora’s interest in the grand piano in the living room. After watching piano students play for a year, Nora decided to play a couple of notes on the shiny grand piano. Since then, she hasn’t stopped. She first caught the attention of Alexander’s students, who began bringing their friends to hear her play the piano. When Betsy wanted to show her niece in Wyoming a video of Nora playing the piano, her students suggested posting the video on YouTube so her niece could see it. Alexander had never even heard of YouTube. The day the video of Nora tickling the ivories went public, it garnered seventy-two views. Within just a few weeks, it had gone viral and Nora became a YouTube sensation with a combined thirty-seven million viewings to date. She now has tens of thousands of adoring fans from all over the planet.

“We are excited to have this chance to work with Nora,” Patton says. “It opens a whole world of opportunities to help both of us achieve our goals.” Nora and the National Music Festival plan to sponsor a musical composition competition in the upcoming years for composers of all ages. Designs for NMF and Nora merchandise are in the works and will be ready for sale soon. The National Music Festival at Washington College is a 501(c)3 non-profit organization devoted to bringing classical music to a wide audience and providing full scholarships to the young musicians on the cusp of their professional careers, who attend as apprentices. The Festival can only thrive on the generous contributions individuals as well as businesses.