I am twelve-years-old. My birthday is in September. I have been playing pretty much every day since I was one-year-old. Pretty amazing, eh? The video above was recorded by my purrsonal assistants on October 12, 2016. I hope you will enjoy it, share it, and will subscribe to my YouTube channel, as well as “Like” my Facebook page at: http://facebook.com/norathepianocatpage

Paw to Paw: The Maestro Meets His Muse 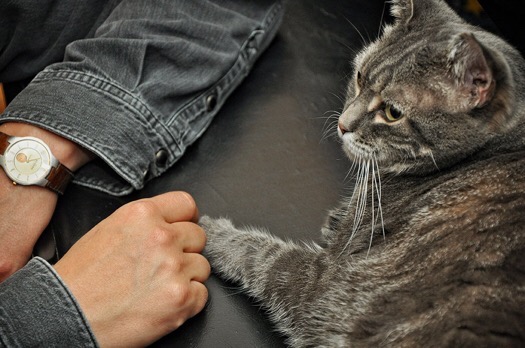 To get to the place where the photo above would become a reality, much had to happen. It all began a long time ago, well, it was actually 2009, when a Lithuaian conductor of the Klaipeda Chamber Orchestra was sent a link to a very famous video of a cat playing the piano. That conductor was Mindaugas Piecaitis. The cat, in case you haven’t already guessed, was me. Maestro Piecaitis is a brilliant human being, obviously, who saw the potential in the piano stylings of moi. And he set about composing a concerto inspired by those stylings. The result was a beautiful piece of music titled CATcerto. Clever, eh?

The piece was premiered in 2009 by the Klaipeda Chamber Orchestra with Maestro Piecaitis at the podium and me, as guest soloist, projected onto a large screen behind the musicians. It was a rousing success and was eventually published by Peter’s Publishing. To date, CATcerto has been performed 20 times by orchestras around the world. It even made it into the Guiness Book as the first concerto ever written for a cat.

Then in late 2012, Maestro and muse (that’s me) met for the very first time when Mindaugas flew to the United States and spent several days with me, my siblings, and my purrsonal assistants, Burnell and Betsy. It was during the very first moments of that meeting that Burnell took the now famous photo of our paws touching on the piano bench.

Maestro Piecaitis was heard to remark, “I feel I must be dreaming.” Truth be told, it was I who was humbled by his presence. A gray tabby rescued from the streets of Camden, New Jersey only to one day touch paws with the Maestro from halfway around the world. Of such things are not dreams made?

You can watch the video that Mindaugas Piecaitis was inspired by HERE.
And click HERE to watch CATcerto.

Orchestras who may wish to perform the piece should contact Peter’s Publishing for the sheet music and the DVD for the projection.

I love Bach! Always have, even as a kitten. Do you have a favorite composer? Someone who inspires you to be creative? Let me know. And if you like this video, please share with family and friends. 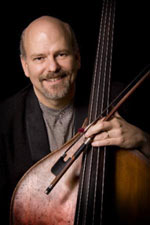 On January 28th, 2012, the Longmont Symphony Orchestra, with guest conductor, David Rutherford (pictured at left), will perform a program titled “Fur and Flying Feathers.” Works included in the concert are by John Williams, Mussorgsky, Saint-Saens, and my favorite, Mindaugas Piecaitis. Maestro Piecaitis, as you well know, is the composer of CATcerto. And, if you haven’t guessed by now, the “fur” part of the program is the performance of CATcerto with video of yours truly projected onto a large screen behind the orchestra. Perhaps you’ve seen the YouTube video of the original performance with Piecaitis conducting the Klaipėda Chamber Orchestra in the Klaipėda Concert Hall in Klaipėda (Lithuania): http://youtu.be/zeoT66v4EHg

CATcerto has been performed 14 times in 5 countries. And now it comes to Longmont, Colorado in the United States. If you live nearby, I do hope you check it out. The fur and feathers will be flying.

For more info, check out the article by Quentin Young, Longmont Times-Call.

For more info on Nora The Piano Cat: norathepianocat.com