Nora’s Trip to the Vet… 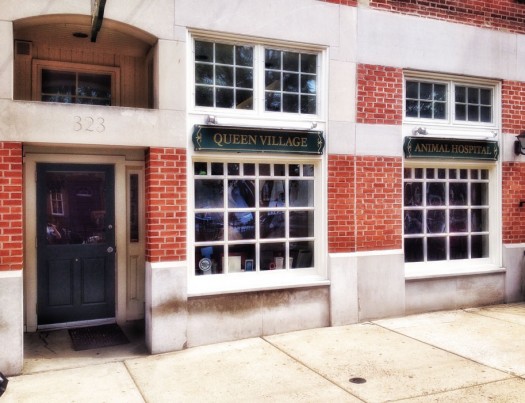 This is Queen Village Animal Hospital on Bainbridge Street n Philadelphia, Pennsylvania. I’ve been coming here since I was a kitten. I don’t like coming here, even though the people here are wonderful and kind. I just don’t like traveling. So, this morning when I came downstairs to the piano studio and saw my carrier at the foot of the stars, I immediately ran and hid. However, thanks to my diminutive size, I was soon captured and thrust into my mobile prison for the 20 minute drive to the vet. Seemed like it took hours to me. 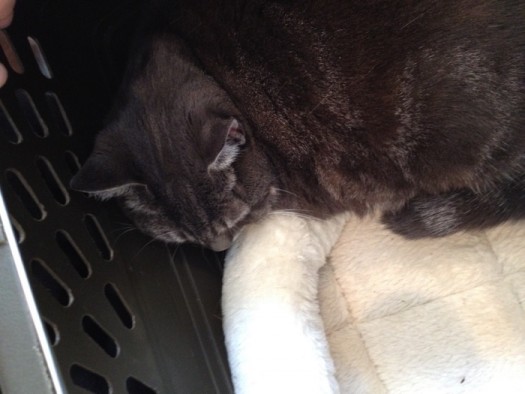 I pretty much ignored the plush cat bed inside the carrier, preferring instead to make myself as small as possible, hoping to become invisible until it was safe again to come out. 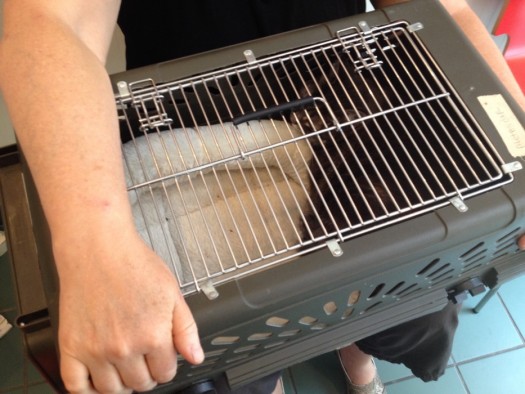 Finally, after thousands of bumps and turns and strange, creepy noises, we arrived at our destination. Betsy carried me in and sat with me in the waiting area until Dr. Yallof came to collect us and we followed her to the examination room. 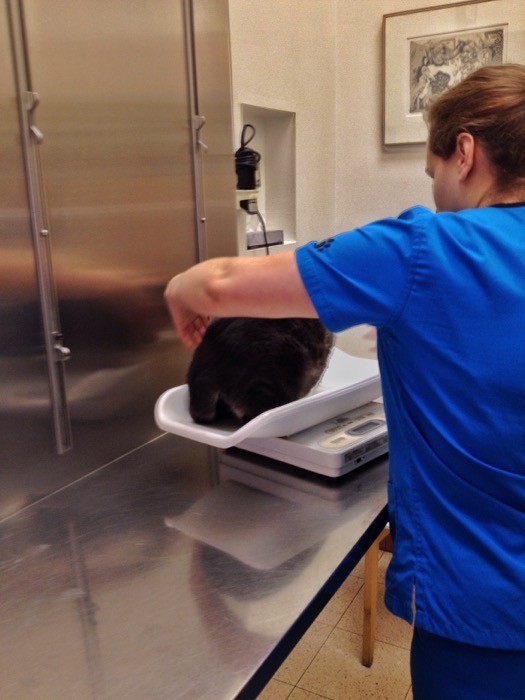 First I got weighed by Dr, Yallof’s assistant, Shayna. It’s the least invasive thing they do, but because I had a weight problem a few years ago (I weighed sixteen pounds then, and I had to have my meals monitored by Burnell and Betsy), everyone seemed to hold their breath until Shayna announced, “twelve and a half pounds.” They all smiled and applauded, and Dr. Yallof said that was good. 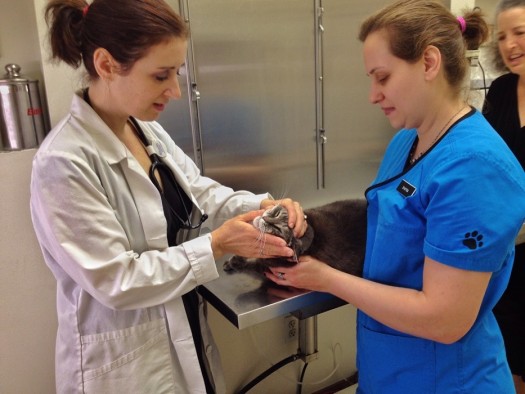 Next, Dr. Yallof checked my gums and said my teeth definitely needed cleaned. My sibling, Rennie, had his cleaned a few months ago. I remember him coming home looking pretty spaced out from the anesthesia. Does this mean I can get medical marijuana? 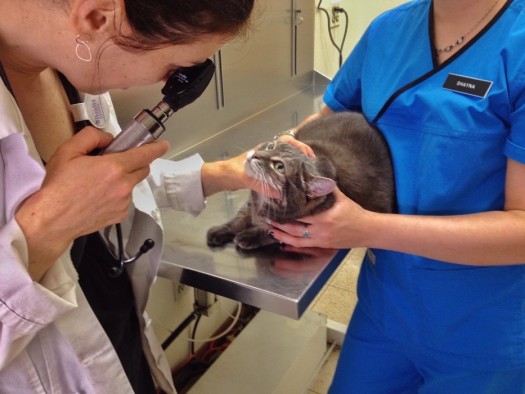 Then the Doctor used something on me that looked like a sonic screwdriver. Any Doctor Who fans out there? 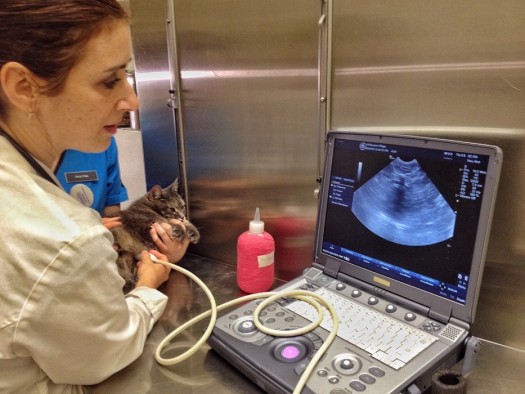 And finally I got an ultrasound of my heart. I wanted to make a joke and ask if it was a boy or a girl, but since I have a reputation for being rather overly serious, at least in my approach to music, I just maintained my look of indifference to the whole procedure. 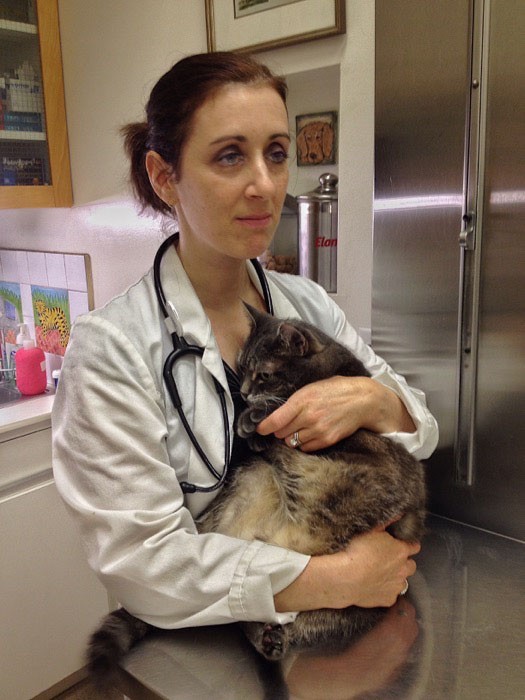 And that’s when something very special happened: Dr. Yallof scooped me up in her arms and held me for what seemed like forever. I told you the people here are wonderful! So, anyway, I’m in great shape, except I do have to go back next week to get my teeth cleaned. But I think I can handle that if it means more hugs.